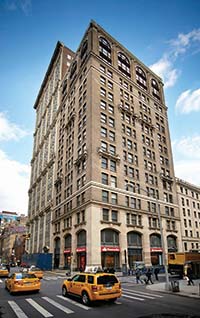 “We are pleased to welcome such a diverse mix of tenancies to the building. We have been able to overcome the challenge of leasing the building through this major renovation phase by virtue of delivering a quality high-end design in a boutique environment,” says Robert Fisher, Director of Commercial Leasing at Feil.

ABOUT FEIL
The Feil Organization is a private, established commercial real estate firm headquartered in New York City. A powerful force in real estate for over 60 years, the company owns and operates a nationwide portfolio of over 26 million square feet of retail and commercial space, and over 5,000 residential rental units. The Feil Organization also maintains regional offices in Chicago, New Orleans, St. Petersburg, and on Long Island.